Korean Grammar: I thought so 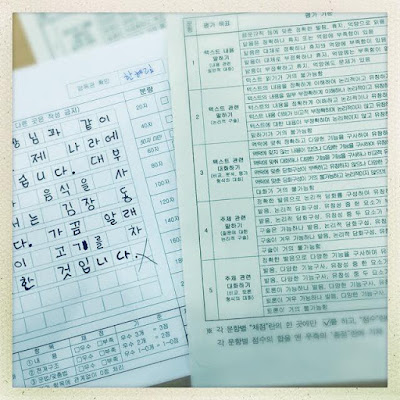 An awkward, but more direct translation that helps in some cases:
Find more KIIP Tutorials at my blog NaeNae Korean
Plot Point by You Are Here at 10:37 PM No comments:

They say that the best way to learn is to teach.
So, in order to get better at Korean a little each day, I've decided to create a website dedicated to tutorials for the Korean Immigration and Integration Program (KIIP).

For starters, I'm focusing mostly on grammar.
However, I'm going to also create short segments on important concepts that you will need to understand inside and out in order to pass the test well.

If you are interested in my tutorials and videos you can find the at:

You can do all that liking and following stuff that everyone talks about.

I, like, JUST started it so I will try to have something post each day.
Try is the operative word.
Plot Point by You Are Here at 10:35 PM No comments:

Email ThisBlogThis!Share to TwitterShare to FacebookShare to Pinterest
Stuff This is About: KIIP

One Thing Leads to Another

When I watch Diego and Nyx rough and tumble across our floor I not only reminded of the miracle of their survival, but also the miracle of the human hearts ability to love during the most difficult times. Sure, I know what you might be thinking, "Hey crazy dog lady, it's just some dogs. Don't get too carried away."

Well, what you might not know is that both of our little cuddle monsters came from homes filled with the love and compassion of migrant/refugees from the middle east who, with nothing of their own, still found time to love something that didn't deserve any of their precious time or limited emotional energy.

While worrying about their families safety, their human rights, their visas, sending money to their families, finding jobs, living without community - they still had space in their hearts to love something that couldn't even care for itself.  In Diego's case, they loved something that didn't even have the emotional capacity to really be kind to them in return. He loved them, but he couldn't control himself enough to always be kind.

Years later, Diego's rescue dad has become one of our dearest friends. He is an amazing person who works tirelessly in a stressful job to support his family that remains in Syria while also fighting for refugee status for - not only himself - but also the rest of his family so they can join him in Korea. During this struggle, he has still found time to reach out and help us when we have needed it. A fact that leaves us very humbled.

Why do I write this? Because I want you to know when you support refugees you support people who make a difference in this world. You empower the best kind of people.  When I say support, I don't mean just money.  I mean give them compassion, give them an ear to tell their story, understand what they have given up to be there next to you, understand that they loved what they left behind, give them friendship when they are alone. Do this because sometimes when the world is darkest, you don't need money, you need hope.

Basically, I write this in hopes that one person somewhere will be motivated to reach out to someone next to them that looks different, that sounds different, that is struggling in a new home with a new language, and just say, "Hey, let's be friends." Because that's how things go from being abstract to concrete, and it's how we find what we need most in the world - each other... and puppies.
Plot Point by You Are Here at 6:51 PM No comments:

Email ThisBlogThis!Share to TwitterShare to FacebookShare to Pinterest
Stuff This is About: Friends, Reflections 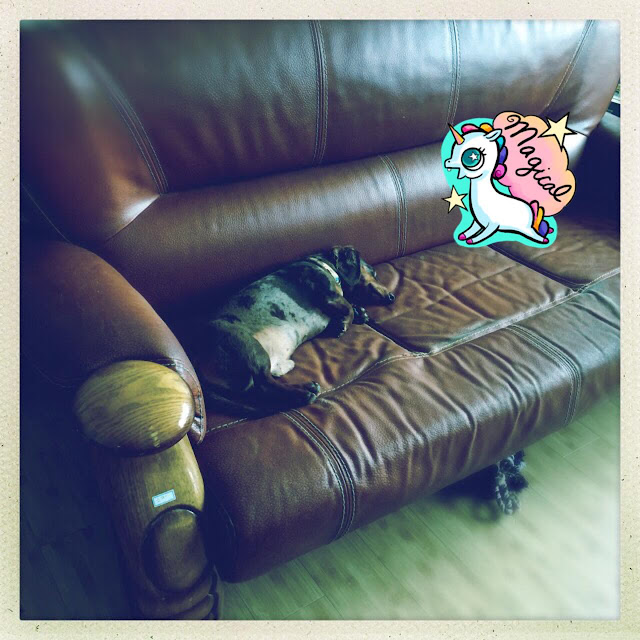 Sometimes, despite all the love you have to give, you are no match for trauma.  That's the issue we faced with our little Diego Burrito.  Years of abuse and turned a delightful, energy filled bottle of joy into an unstable, terrified bottle of miscellaneous rage.

Even his desire for love turned violent when too many emotions rushed him at once.
After years of work, we were 90% there but that last 10% was proving impossible because he couldn't sleep to stabilize.  As someone with a background in dealing with people in crisis, I had a theory that if we could get Diego some sleep and reduce his anxiety we could cross the final gap in his training.

In Korea they don't prescribe pills/anti-depressants to dogs.  We even went to an English speaking vet, but he was like, "We don't do that here".  I googled to see if I could get it shipped from the states, but they needed a vets prescription.  Heck, I even checked to see if I could visit a vet on the military base, but they only see military family pets. Even though I knew what I needed, there was just no way to access it in our current situation.

Then, while on a day out with a friend she randomly asked, "I wonder what catnip would do to dogs?" So I googled it because that's what I do.  To my great shock, it said that catnip works as an anxiety reducer and antidepressant on dogs.  I was like, "WHAT?!!! We are going to the next pet store we see!!" Which we did.

The rest of the day I researched and researched but I couldn't find any dosage information.  What I did find was that it would be incredibly difficult and/or impossible for Diego to overdose on it so it was worth starting small and seeing what happened.  If you are going to try it, talk to vet. Be sure to start small, and don't over medicate.

The first type that I found was traditional dried catnip.  At that point Diego had been especially stressed out, hiding in his room and growling at anyone who dared look in his general direction.  He wasn't violent toward anyone as long as we left him alone, but he was in physical distress from stress and we couldn't get close to comfort him or for a walk.  It was a desperate situation.

We started by adding two teaspoons of dried catnip to his food (I am not a vet. I am NOT saying this right for your dog.  I am just telling you what we did) with some water and let him eat, he gobbled it up without question. We also made a catnip "tea" that we put into his water bowl.  There was no exact amount for this.  We just boiled about 2 tablespoons catnip in a liter of water and then would do 1/2 tea and 1/2 water in his bowl. There is not exact recipe, be careful! Do less rather than more.

Within a few minutes of his first catnip dinner he was passed out asleep on his couch and slept for ages.

This is how it was for the next few weeks.  We added catnip to his food in the morning and at night, as well as his water.  For the first two weeks he did A LOT of sleeping. However, he also started to do a lot more playing, going for walks, and hanging out with family.  He didn't act drugged when he was awake, he was just happier.  It was shocking to see how quickly he started to improve.

After a few weeks he started sleeping less, a few weeks later we switched him from dried catnip to a catnip spray.  Each meal we sprayed 3-5 pumps.  What we found was that the catnip spray didn't make him as drowsy after he ate.  Instead, each day he just became more happy and content with life.  He doesn't seem like he is "drugged" he is just no longer tense from tail to nose.  He doesn't vibrate with anxiety and fear at the smallest sound.

Please understand, in addition to the catnip we have done EXTENSIVE training. Drugs aren't a solution, they are a tool. It's not a fix all, but it gives you the emotional stability needed to build new healthy habits.  If you have a dog that can't get their shit together because of anxiety/past abuse, this might be a tool you can use to get where you need to be when you live in a country without access to prescriptions.

Almost three months later he is one of the best behaved dogs we have ever had. Each day his possessiveness fades farther from the picture.  We aren't stressed about what's going to set him off, because he just doesn't get set off anymore.  Sure, he still makes terrible sounds when he hates things, but he isn't becoming aggressive.  He communicates and lets it go.  He listens, he plays, he sleeps, he cuddles.  He is the best.

We are so thankful we tried this.  It's given Diego his brain and happiness back.
Plot Point by You Are Here at 6:33 PM No comments:

Email ThisBlogThis!Share to TwitterShare to FacebookShare to Pinterest
Stuff This is About: Pets

Korean Grammar: On the verge

The most important part of this phrase is 동사 + (으)려던 which will be used independently of 참이다 and retain the same meaning.

Plot Point by You Are Here at 5:56 PM No comments:

Korean Grammar: You can't make me! 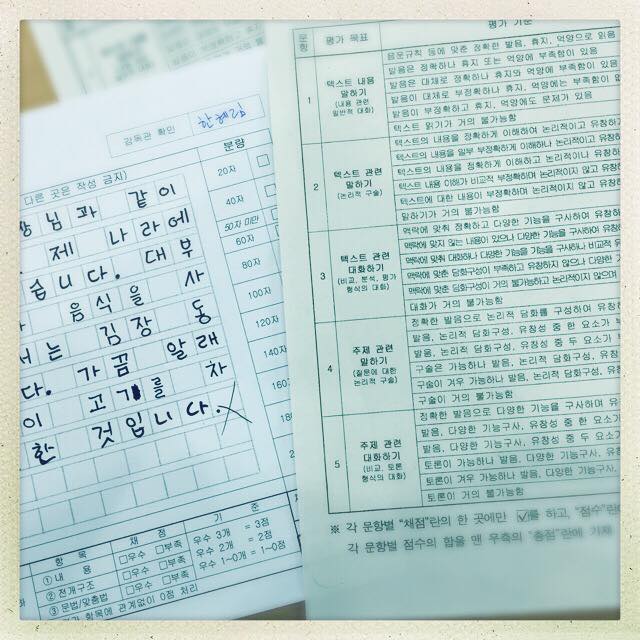 동사 + 게 하다 = To make someone do something

Plot Point by You Are Here at 5:34 PM No comments: