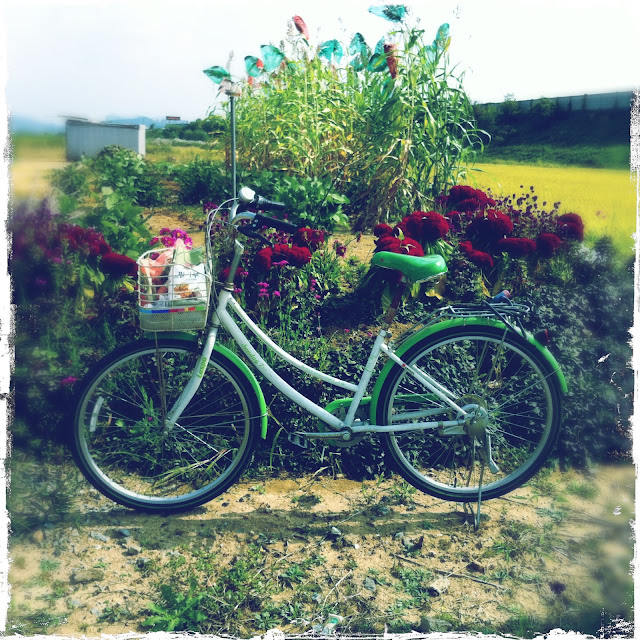 When you live in the country,
you must own a bike with a basket. 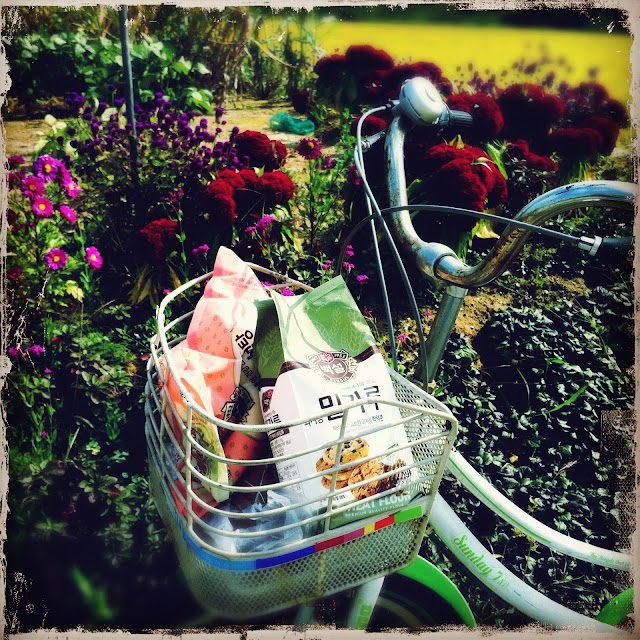 You must use that basket
for shopping trips,
while wearing ballet flats
on warm fall day. 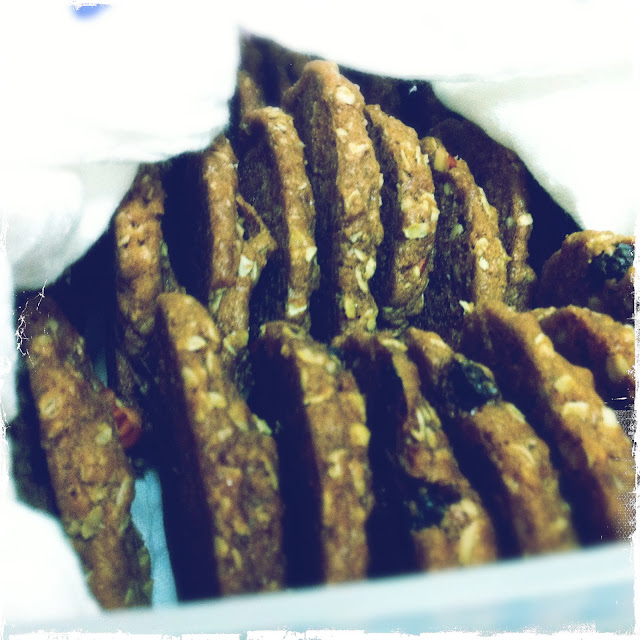 And you must,
absolutely MUST,
spend a lazy Sunday
making oatmeal apricot cookies.
Plot Point by You Are Here at 11:31 PM No comments:

Email ThisBlogThis!Share to TwitterShare to FacebookShare to Pinterest
Stuff This is About: Baking, Baking in Korea, Cooking In Korea, 모곡동

Get In My Belly

Tonight my boss surprised me with dinner.
Can't even begin to tell you how delicious and appreciated it was.
It's these sort of gestures that make me happy to get up in the morning
and delighted to go to bed at night.

After my mother died when I was young(er),
there weren't many home cooked meals by anyone other then me for a very long time.
It soon became the thing that I missed most in my life.
To this day there is nothing I find more encouraging
then a dinner cooked without asking.

Email ThisBlogThis!Share to TwitterShare to FacebookShare to Pinterest
Stuff This is About: Food, Samsung English School

A Blaze of Glory

I went.
I burned.
The 2012 Korea Burn was the first major effort to launch a burn event in Korea.  The 2011 efforts kind of happened / didn't happen, but this year they put in real effort to make the magic happen.  Around 1,000 people showed up at a remote west coast beach near Taeon to "let their freak flag fly".

The end result seemed to be kind of like a mix between a burn and a frat party.
A lot of folks seemed to just be there to get drunk and access drugs they can't usually find in Korea.
Others were really into the event and made a real effort to share, teach and explore ideas.

As for the local authorities, they seemed equal parts amused and horrified by the event. Posing for photos with the topless women painted like trees before politely asking them to put their tops back on.  Not that they did, but an effort was made.

Many of the families and adjuma's that accidentally wandered in the fray seemed highly amused by the crazed foreigners doing bizarre things and even took time to try out some of the games or activities happening around them.

Personally, I don't have much of a "freak flag" and not very repressed so I just king of walked around taking it all enjoy.  Learned a bit of fire baton twirling from my friend, enjoyed meeting new people, watched the sunset, listened to music and enjoyed a little time sleeping outside in the trees.

It's my hope Korea Burn keeps happening and attendees continue to learn about what the experience is meant to be.  It has a lot of potential as long as it leans more toward burn and less toward frat party in the years to come. 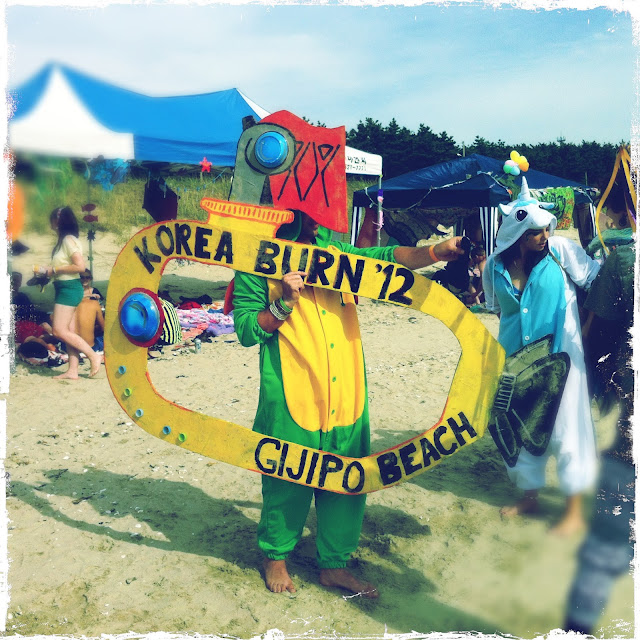 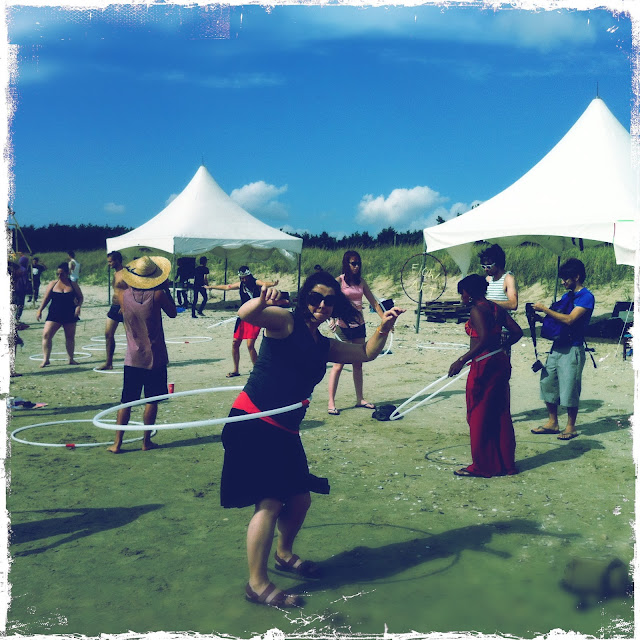 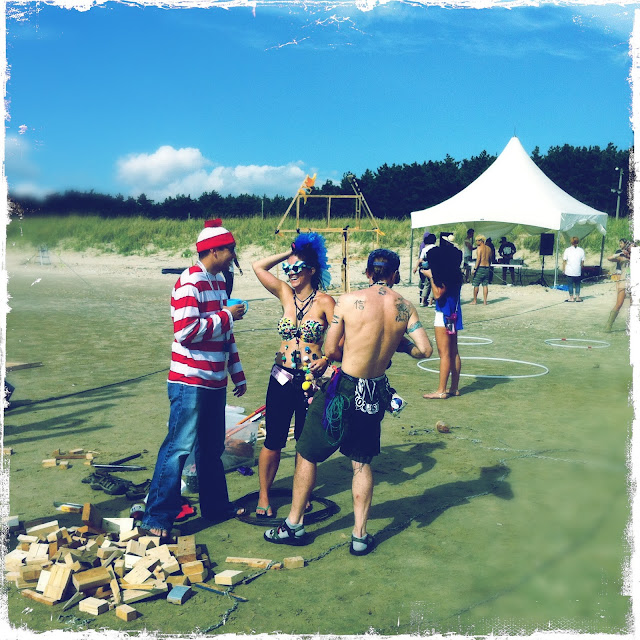 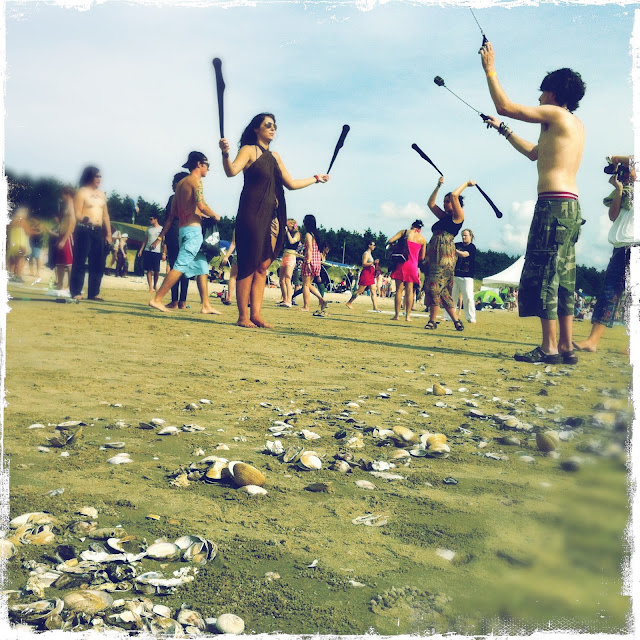 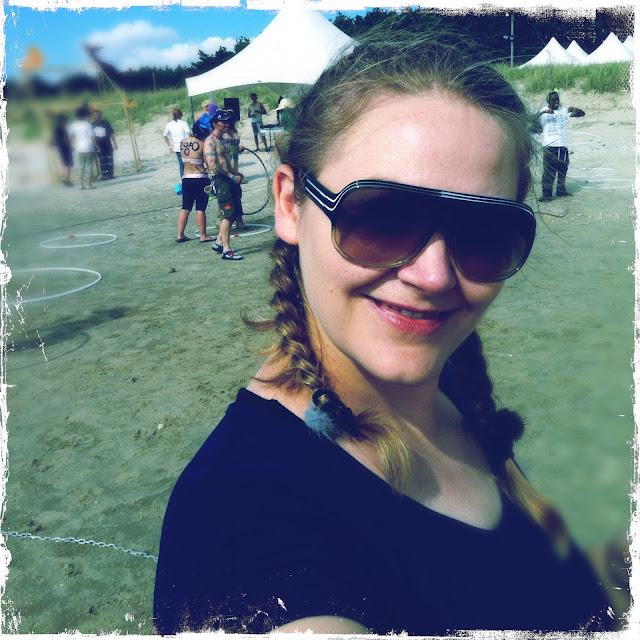 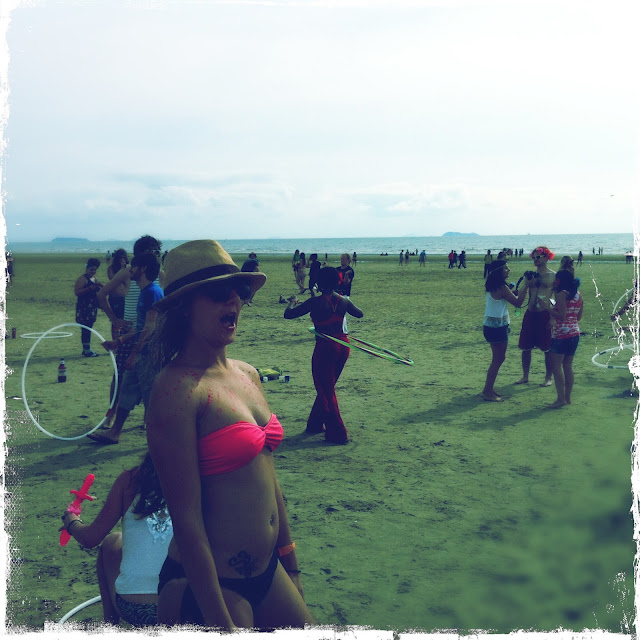 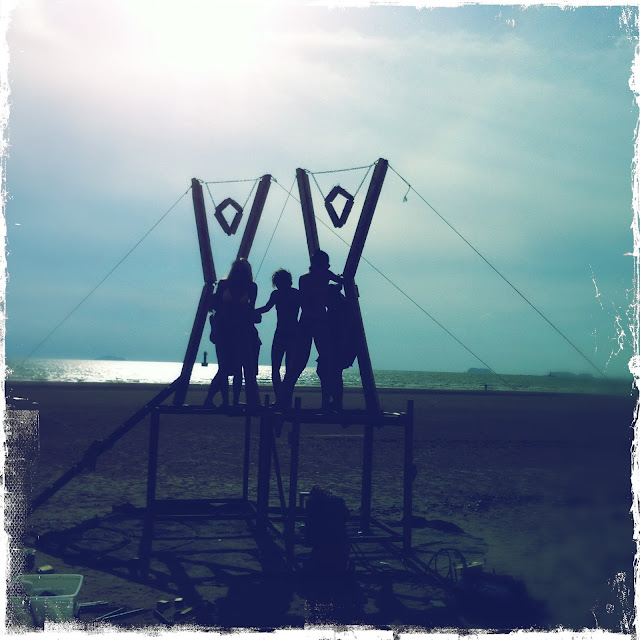 Plot Point by You Are Here at 9:56 PM No comments: