Having never really sang before (apart from being the queen of rocking out in the car, and the star of my 6th grade musical) I came to Bali in January of 2012 on a holiday. 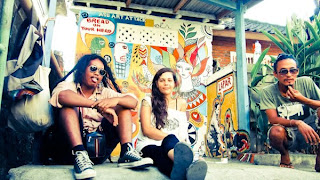 Whilst strolling down the picturesque, quaint Goutama street, I stumbled upon the most brightly colored art shop I'd ever seen.  I stopped, admired, and had a chat with some people that are now some of my close friends (and ended up designing my ROCKSTAR album cover.)  They said they wanted to write songs... I had just written a bunch of songs!!! What, like it's hard?

They stared at me incredulously and I sang them a song that is now known the world over as "the orange peel song", or Charming Start and they immediately got excited! Having loved writing little songs and singing them for my friends over the past month to ward off the chill of Korean winter, additional support from other artists was just what I needed as fertilizer to sprout, and a dream was born. 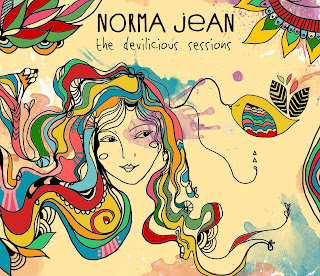 My contract in Korea was up 2 months later and I was scheduled to start law school in the fall.  I had a few months to kill... Why not come back to Bali and make an album of my little song?  What, like it's hard?

It's been almost a year and a half since that dream was born.  The response has been OVERWHELMING!  So many people helped me along the way, from jamming to contributing to the album, to fundraising!  The album launch was so packed some people stood in the streets for hours!
During this process I've learned more than I could have ever imagined, worked with incredible musicians, written many more songs, made the best friends a girl could ask for, and now live in Bali indefinitely (that's a story for another day though.) 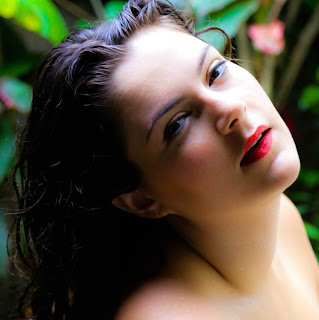 It's been a long road, but one that's definitely worth it (and maybe a little hard ;)

My album, Norma Jean the devilicious sessions  is now available on iTunes, HERE, and check out my facebook for all performances, new songs and musical happenings!

Email ThisBlogThis!Share to TwitterShare to FacebookShare to Pinterest
Stuff This is About: Bali, Expat Music, Independent Music, Indi Music, Music, NJ, Norma Jean, The Devilicious Sessions, Ubed, What I Love