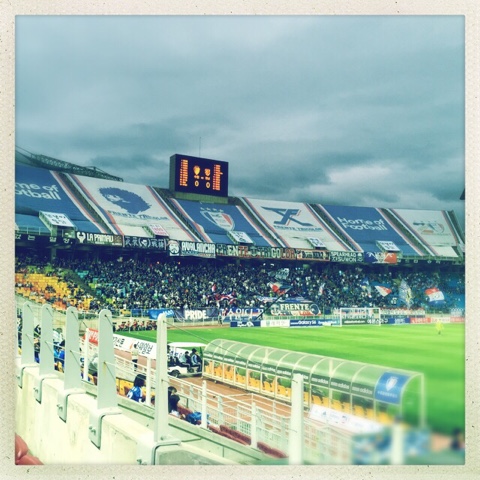 While at work my friend messaged me to see if I wanted to watch a soccer game in Suwon. Since I've never had the privilege of watching a live soccer game in a stadium I was all for it.  After work I jumped on the subway from Songtan to Suwon.

Once in Suwon, since I hadn't had dinner, I thought it would be a good idea to swing by the food court and grab a few snacks.  Being the end of the day, I was delighted to find that the food had all been put on supper sale so I filled my large handbag with rice balls and three kinds of mandu.  After that I grabbed a taxi to the World Cup Stadium.  (About 9,000\ and 1hr 20min).

I easily arrived by the 7:30pm start time and opened my handbag for a snack, at which point I realized that buying copious amounts of kimchi mandu and caviar filled rice balls might not have been the best idea.  I was nearly knocked off my feet by the intensity of the smell.  Now, I would have felt less foolish if this had been the first time I had made this mistake, but no, this is a lesson I refuse to learn.

Once inside the stadium our tickets allowed us to basically sit where we wanted, a benefit of the VIP entrance am guessing, but I don't really know since I had never been before. The stadium doesn't have a roof, so when the weather became a bit drizzly we raced inside for the complimentary rain poncho which came in an attractive XXXXXL. 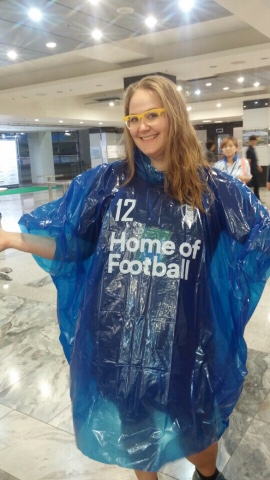 As it turned out, despite the less than attractive smell that clawed it's way out of my handbag, I was supper happy I had purchased mandu in bulk since there weren't a lot of options for snacks at the stadium.  There was a small snack bar but the selection was minimal.  Thankfully they had drinks and chopsticks. The two things required to make my purse dumplings into something that seemed slightly less weird. 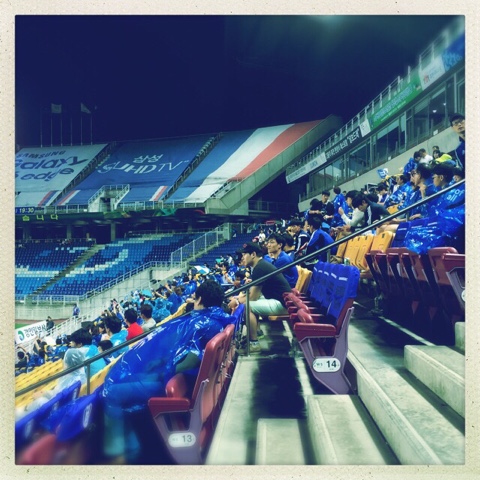 Generally I'm not a fan of the stadium experience, but I found soccer in Suwon quite relaxing and fun. The truly excited fans were on each end of the stadium so the noise was enjoyable and not over whelming.  A friend of mine who loves soccer said that seeing a game at this stadium is actually on his bucket list because the US Men's Team did something really amazing here. I know nothing of this, but maybe somebody reading this does and will find it interesting. 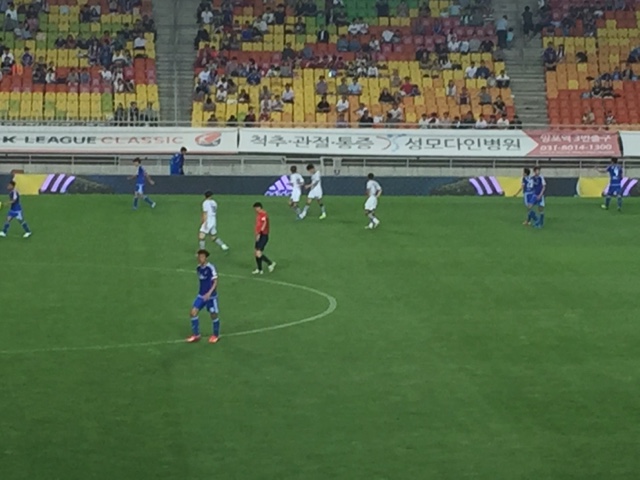 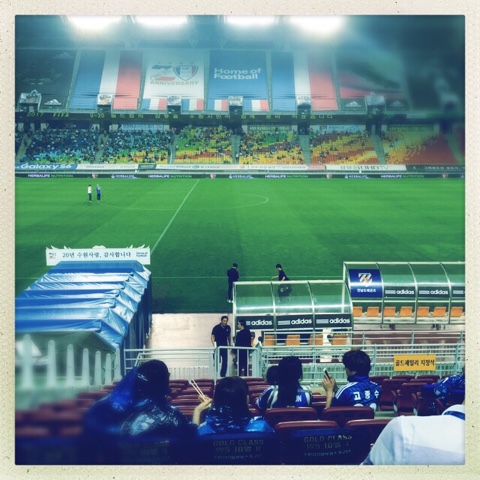 Email ThisBlogThis!Share to TwitterShare to FacebookShare to Pinterest
Stuff This is About: Sporting Events