For the next year I'll be digging deep into this thing we call language.
Attacking the beast from two sides - the known and the unknown.
A situation that reminds me that what the Teddy Bear said is true,
"Words have actual meaning."
So when I say, "I'm leaving."
I am saying so much more then I ever knew, or ever intended.

transitive verb
1
a (1) : bequeath, devise <left a fortune to his son> (2) : to have remaining after one's death <leaves a widow and two children> b : to cause to remain as a trace or aftereffect <oil leaves a stain> <the wound left an ugly scar>
2
a : to cause or allow to be or remain in a specified condition <leave the door open> <his manner left me cold> b : to fail to include or take along <left the notes at home> <the movie leaves a lot out> c : to have as a remainder <4 from 7 leaves 3> d : to permit to be or remain subject to another's action or control <just leave everything to me> e : let f : to cause or allow to be or remain available <leave room for expansion> <left myself an out>
3
a : to go away from : depart <leave the room> b : desert, abandon <left his wife> c : to terminate association with : withdraw from <left school before graduation>
4
: to put, deposit, or deliver before or in the process of departing <I left a package for you> <leave a message>
and yet - if I were to say, "I'll stay"
it becomes even more complicated.
–verb (used without object)

1. to spend some time in a place, in a situation, with a person or group, etc.: He stayed in the army forten years.

2. to continue to be as specified, as to condition or state: to stay clean.

3. to hold out or endure, as in a contest or task (fol. by with  or at ): Please stay with the project as longas you can.

7. to pause or wait, as for a moment, before proceeding or continuing; linger or tarry.

11. to hold back, detain, or restrain, as from going further.

13. to appease or satisfy temporarily the cravings of (the stomach, appetite, etc.).

14. to remain through or during (a period of time): We stayed two days in San Francisco.

17. the act of stopping or being stopped.

19. a sojourn or temporary residence: a week's stay in Miami.

20. Law . a stoppage or arrest of action; suspension of a judicial proceeding: The governor granted a stay of execution.

22. stay the course, to persevere; endure to completion.

Sadly, after I'm done deliberating between "leave" and "stay"
after I carefully choose the meaning
after I craft my intent
after I say those words to you - to them - to us
each ear will redefine
each eye will see anew
because although words have actual meaning
it's a meaning that's relative to the heart that hears it
on the day it hears it
from whose lips it hears it 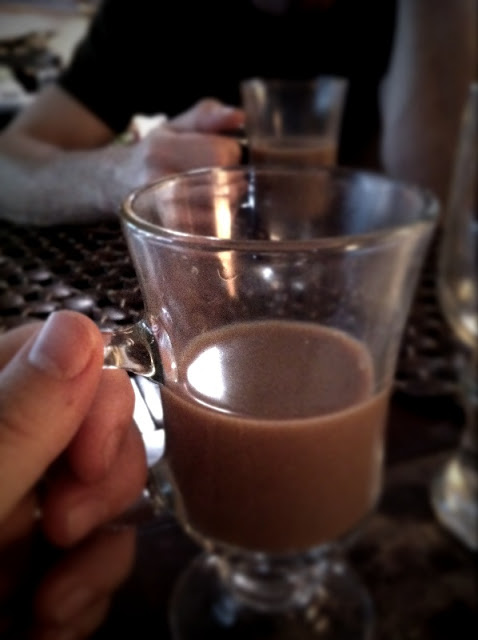 That is why I would prefer to keep it simple
and just stay here silently
sipping my coffee and loving you until I have to leave.
Plot Point by You Are Here at 12:31 AM

Email ThisBlogThis!Share to TwitterShare to FacebookShare to Pinterest
Stuff This is About: Decisions, Family, Love, The Harri-bou