On Tuesday, after running a fever between 102-104 for three days,
I could feel my eyes and brain beginning to cook,
my body felt like it had every ounce of liquid squeezed out of it.
Plus, I hadn't been able to eat or drink in days.
The next stop on the train was most certainly kidney failure.
I called my head teacher and said,
"Help."
30 Minutes later I was plugged into IV's as they nervously tried to bring down my fever.  It took two rounds of treatments and lots of supplements before my body felt inclined to listen. 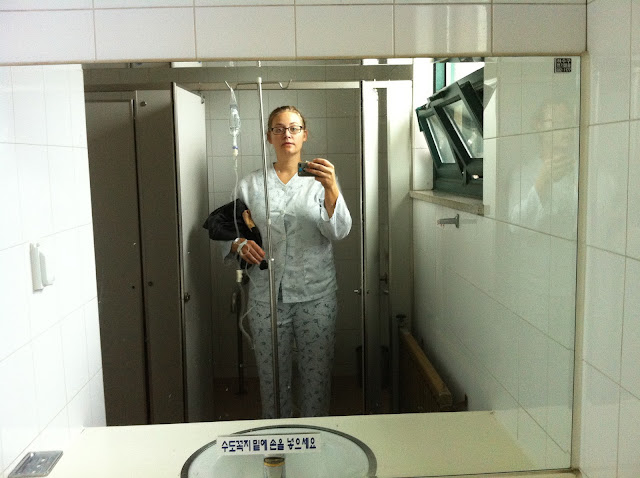 After that I was admitted for 22 hours of IV's.


My lungs were solid white masses on the x-rays.
I had both a viral and fungal infection in my lungs.
They sounded like rice krispies.

However, thanks to Korean health care
the entire crisis was only physically terrifying...
not financially.

Email ThisBlogThis!Share to TwitterShare to FacebookShare to Pinterest
Stuff This is About: Anjung-Ri, Health, Korean Health Care